THE ROYAL HOUSE OF GEORGIA INVESTITURE HELD ON 7TH DECEMBER, 2013 IN DAREJANI PALACE IN TBILISI 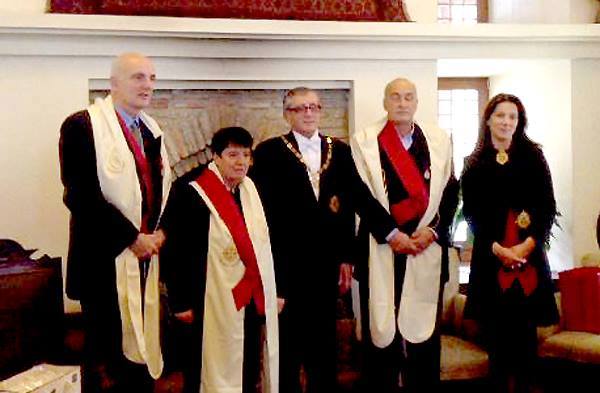 HRH Crown Prince Nugzar bestowed the title of Grand Officer of the royal order of the Crown of the Georgian Kingdom to one of the most popular Georgians of XX th century. She is a first female to be awarded the Grandmaster title in the world and five-time world champion in 1962, 1965, 1969, 1972, 1975.

Nona Gaprindashvili was born May 3rd, 1941, in Zugdidi, Georgia. She was the greatest female player of her generation and in 1962 became the fifth women's world chess champion in the history of the game. She retained her title for 16 years. She frequently played in men's tournaments, winning (amongst others) Hastings in 1963/4 and tying for first place at Lone Pine in 1977. In 1978 she became the first woman to be earn the (until then exclusively male) title of International Grandmaster. http://en.wikipedia.org/wiki/Nona_Gaprindashvili
On investiture ceremonial also were attended several famous social figures and some members of Georgian aristocracy who have paid homage to the Royal House of Georgia and its legitimate head.

was a Georgian ruling family of Principality of Abkhazia, which was later recognized as one of the princely families of the Russian Empire at the request of King Heraclius II of Georgia in accordance with the list of Georgian noblemen presented in the Treaty of Georgievsk.

And Mr. Lasha Tabukashvili, famous Georgian writer and philologist, state Prize Laureate of Shota Rustaveli.
At the end of the ceremony all the new members of sovereign Order expressed their gratitude before the Royal family of Georgia. Among the royal family HRH Princess Anna of Georgia wearing emblem of the order.